CBC All In A Tribe

I think it’s safe to say that CBC officially love A Tribe Called Red. The Spark, All In A Day, Wab Kinew on 8th Fire repping our t-shirt…the CBC team definitely knows a good thing when they hear it. As a matter of fact just the other week they invited Bear Witness into the studio on Spark with Nora Young it’s a pretty killer interview and you can listen to it hear if you want…trust me you want. 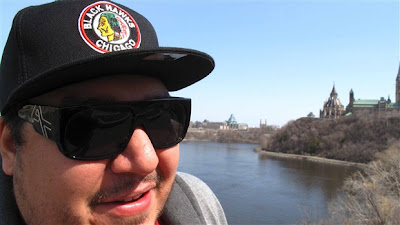 CBC has just taken it a step further and are going to be hosting Beat Tradition, a musical showcase in part with the 8th Fire programming that has been getting a crazy amount of attention for it’s look at Canada’s relationship with Aboriginal People’s. Get this, next Wednesday A Tribe Called Red will be taking over the NAC 4th Stage with three other musical acts. 2010 Juno Award Winners Digging Roots, DAYBI a Cree hip hop artist from Montreal and 2012 Juno Nominees Rise Ashen And Falling Down Thunder. The night will be hosted by one of my favorite on air personalities, Alan Neal as well as Waubgeshig Rice from CBC News Ottawa. As if that’s not enough the entire program will be recorded and featured on CBC Radio 1’s Bandwidth the following Sunday as well as on CBC Radio 2’s Canada Live.
CBC has been always supported us and we are excited to be bringing you this special night at a unique venue with many special guests.
Did I mention that tickets are free? This can only mean that they will be going fast and you have to reserve your ticket if you want to go so please hurry and go to the following link so you don’t miss your chance to be a part of this brilliant showcase.
Ticket Information and Further Details Here –http://www.cbc.ca/ottawa/community/mt/2012/03/beat-tradition-concert.html
BOOK A SHOWING