A Pretty Darn Decent Way To Start The Summer

Last week marked the day of our official record release party and the kick off of our summer tour dates, so we all packed up our gear and tried to fit everything into Dan’s car…after a few minutes of baggage tetris, some fuel for the car from Mr. Gas and for us from Tim Horton’s we were off.

We all know the drive down to TO can be painfully long but we were lucky and it felt like it just flew right by, probably thanks to our bro Ryan McMahon’s Red Man Laughing podcast. First stop once we arrived? Check in at The Drake Hotel, our release party was at The Drake Underground, an intimate little space in the basement of the hotel and we were staying the the artist apartments, this cool concept that they have come with where they own a separate apartment building for artist’s they invite to play. The apartment’s have recently been redone according to what I have heard but it still kind of felt like we were at sleep away camp or in that Tom Hank’s movie, Big.
Naps were definitely mandatory and when we woke up we met up with our ATCR manager and one of the greatest dudes around, G, for some of The Drake’s famous burgers.

Finally, show time and what a nice surprise for us when we walked down into the venue to see this…﻿ 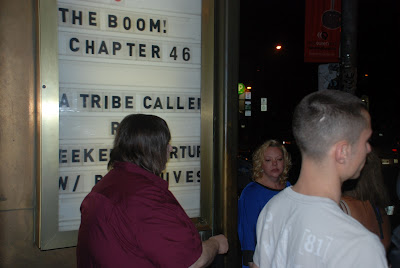 Seeing all these people in line for us was a really nice surprise and right away we knew we were in for an amazing night. The place filled up almost as soon as the doors were unbolted and we played the night away to a great crowd. 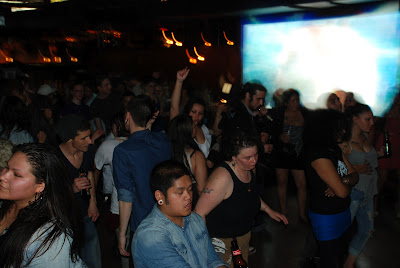 The night was sooo good. All around good vibes and celebrations, this really did mark the beginning of our travels coming in the next few months and it was a solid night to really kick that off. In true touring fashion though, staying in one place isn’t an option…bright and early the next day we were up and out of there to bring Ian and Bear to the airport and send them off to Vancouver for Indigenous After Dark hosted by OsTwelve along side our friend IsKwe and the raddest duo that is Dani and Lizzy…buut Dan had to stay behind in TO for some other things… 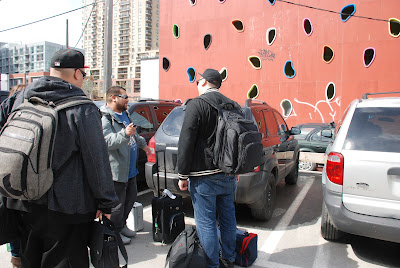 As you probably recall, a few weeks ago Dan won the title of Ottawa’s Redbull Thre3Style Champion which meant he was to compete for the official Ontario title. This so happened to have landed on the day after our party so we stuck around for the competition. This was a big one, whoever won would be competing for Canada in Halifax at the end of the month (no pressure or anything…). The comp was to be held at the Mod Club on College St. a much bigger venue than the previous competition which was held at Ritual, and this meant more people to play for, six huge projectors capturing every move of the competitors and just an overall kind of crazier experience.
The competition was pretty intense, especially with another wicked deejay from Ottawa in the mix and especially after Dan pulled numbers and found out he was up first. But, our boy absolutely killed it. The crowd loved him, his set was perfect and Dan himself was looking pretty pleased once he walked off the stage to a screaming crowd.
Do I even need to tell you that he won? Well, if you haven’t already heard then yeah, our very own DJ Shub is the Ontario Redbull Thre3Style Champion. ﻿
Congrats Dan, and thanks to our Toronto friends that came out for our party, we are going to see you guys again soon so just keep checking back here and on our facebook page for those tour dates as we release more…see you this Summer.
BOOK A SHOWING