So, my abdominal muscles are honestly still sore from the workout they got from laughing a week ago when the 1491’s crashed Babylon with us and good friend Poirier from Montreal. I mean, when the facebook attendee list reaches over three hundred you can only hope that each of those people invited one person who isn’t on facebook and it certainly felt that way by the time the night got underway…Babylon was packed. Mind you, we almost didn’t make it to our own show running on typical NDN time we decided ordering dinner half an hour before doors opened would give us enough time to sit and eat so needless to say we got ours to go.

﻿So I really want to tell you about the 1491’s but I don’t think I can do a better job than they have done on their website…
“The 1491s is a sketch comedy group, based in the wooded ghettos of Minnesota and buffalo grass of Oklahoma. They are a gaggle of Indians chock full of cynicism and splashed with a good dose of indigenous satire. They coined the term All My Relations, and are still waiting for the royalties. They were at the Custer’s Last Stand. They mooned Chris Columbus when he landed. They invented bubble gum. The 1491s teach young women how to be strong. And… teach young men how to seduce these strong women”
…pure gold right there, how could you not love them solely based on that intro? Speaking of intro’s 1/4 of the 1491’s, Migizi, got stopped at the airport because someone stole his passport AND his identity. This is the first time I had heard a first hand account of this happening to someone and it sounds like pretty freaky stuff and it really, truly sucks because it meant that Migizi couldn’t even get on his plane and come to Ottawa. He did manage to record this awesome intro for the 1491 show which we unfortunately didn’t get until the day after but it is too good not to share, maybe we can reuse it next time we do a show with these guys?
﻿

But wait even after the comedy show was over and the doors had opened for Electric Pow Wow and the dance floor was packed we still had more fun to be had because Poirier from Montreal had yet to take over, and when he did it got crazy. Its great having a deejay as good as Poirier come down to Ottawa because he is so talented and has made a great name for himself but he is from just down the highway in Montreal.

﻿People are still talking about last week man, just take a look at what some of our critics (facebook friends) are saying…
“That was a night for the books! Amazing!”
“Tribe kicked ace like shoe lace. You guys make Canada real bad ass”
-Ryan Red Corn, 1941’s
“Last night was fish fillet!”
-Ian Campeau
“props on delivering an amazing show! it was awesome!” 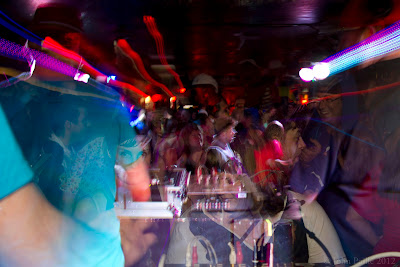 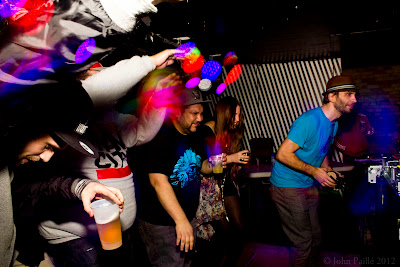 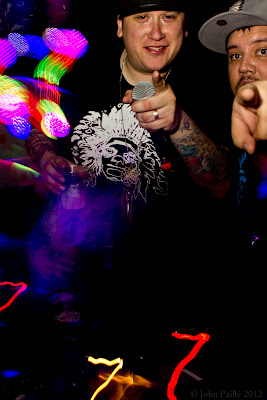 THANK YOU to everyone who came out last week, if you want more hilariousity curtousy of the 1491’s you can check out there youtube channel and their official website ﻿and for more of Poirier’s crazy sounds please check out his official website here. ALSO thank you to the smoque shack for an amazing southern style dinner and all the staff at Babylon for working their butts off to make sure everyone was in, quenched, and safe on Saturday night.
BOOK A SHOWING